I’ve survived another year in New York City. It wasn’t easy or pretty, but we’re still breathing. If you read the first installment of this series (read it or reread it now), you’ll notice this list is a little less positive. Please New Yorkers, I’m not picking on you, this is my experience of being a transplanted Seattleite in some extraordinary conditions. This is not a Big Apple bash. With that caveat, here we go! 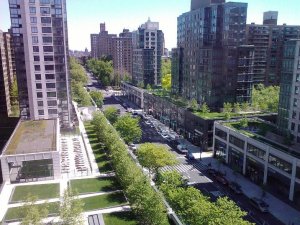 1) It’s noisy. You know the old saying it’s “the city that never sleeps”? Actually it’s me who never sleeps. No blame here but our own. We picked this neighborhood on the UWS primarily for the well rated Middle School. Our apartment is in a canyon of complexes with the cross streets of a major intersection in the center and a fire and police station just around the corner. We’re constantly bombarded with the “Whooop whoop” of sirens at all hours and the “honk-honk…HONK, HONK, HONK … squeal” of taxis and delivery trucks fighting it out for an opening. And don’t get me started at the early morning deliveries to the big grocery store on the street just below our window. TIP: When you’re apartment hunting be sure to tour prospective units DURING rush hour so there’s no surprise.

2) Central Park is a soul-saving haven. I could not have survived this long without seeing the lush green lawns, the walking paths and the weird people (relatively speaking – they’re fun to watch).

3) The school system sucks (more than before). Not only did my oldest son have to bear the weight of “auditioning” for a high school during his first few months of 8th grade (a process that’s extraordinarily complex and frustrating) but the high school he finally was assigned to was a bloody piece of crap. Yes, I’m naming names here.

4) Taxis. You don’t have a car (and who in their right mind would) so you need taxis. Be big in your wave to get their attention and always have cash, for that driver who insists on cash. They are not supposed to ask you “Where you are going” so don’t say anything until you’re in. That may not help, though as I’ve been kicked out of a few cars – mainly because the driver was about to get off shift.

5) The queue. This is “the line” for those folks who don’t know the term. New Yorkers know how to line up better than any people in the world. Don’t step in (on purpose or accidentally) or you will get the true wrath of a New Yorker.

6) Trash Day. It’s not like the suburbs, let me tell you. Trash day in the city is smelly and obtrusive. The garbage you drop into the trash bin in your apartment is later segmented and filtered, them placed in bags on the street. Often these bag piles grow larger than the cars parked next to them (see image).

7) Mail delivery. I’m not sure how the US Postal Service is trained in Manhattan, but I have a fear if they come across a letter that is hard to deliver they may just drop it in the trash. We’ve had mail going out and coming in that have disappeared and we have no idea where it’s gone.

8) Street fairs (See first image at top of post) look exciting but pretty much you will find the same booths over and over. You get grilled corn and sun glasses and chicken kabobs in the same three booths – as you go up the fair. Tip: you just need to explore one block ‘cause it’s the same if you go on.

9) Parenting. When you’re in an apartment you apparently are part of the family on the floor you’re on even if you’ve never formally met. Case in point, see the picture to the left. That’s a baby that’s been left in the stroller in the hall next to a laundry cart. He seems safe asleep, but there is no parent to be seen. We see it, but we’re not sure what we should do. We check on him every few minutes and just as we are about to contact the building staff or go down and know on the door the kids is taken inside.

10) Hotel Rooms. They are small. My parent’s RV bedroom is larger. Seriously, don’t come to NYC thinking you’d have room to do Pilates or what ever you would do for exercise. There is pretty much a bed, a TV and nothing else. You’re lucky if the bathroom door opens so you can actually sit down to do your business. I’ve had to ask to be moved a few times. I can’t explain more with out TMI.

There you have it. Ten more things I’ve learned since moving to New York. I started writing this in the summer, well before my two year anniversary and just now finished it. I’ve been too busy to post since I’ve been moving. After our nightmare experiences with the New York school system and how they deal with our special needs children, we searched for a better place. We found it, we hope, in Great Neck. The commute to Long Island is not bad and the school system is highly ranked. Stay tuned for more. In the meantime check out this other cool new blog from a certain journalist whom I live with. 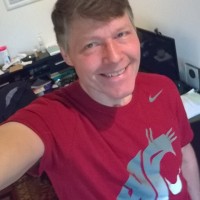 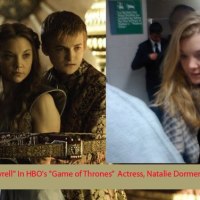 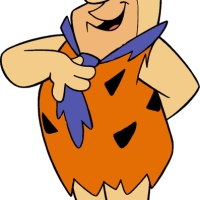 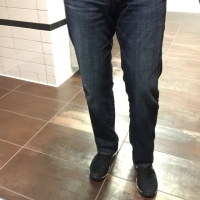