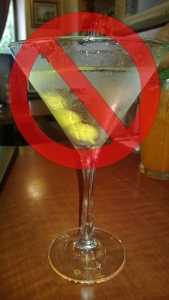 December 31, 2013 seems all a blur to me right now except for the moment I made a most solemn promise to myself: I would make 2014 an alcohol-free year.

What was I thinking? Good question.

The main reason was to support my other New Year’s resolution, which was to get into shape. (Again.) This was a special year after all. My very last one as “a man in his forties.” In past weight-loss efforts, cutting alcohol from the diet yielded impressive results. So, if taking a two to three month break from alcohol was good, then taking a whole year off should be fantastic, right? Yeah. Actually it was. More on that later.

Putting myself to the test
Then there was also the underlying question, “Could I do it?” For me, there is nothing like a good old fashioned test of will power. My motto is “never give up.” To observers, it was usually applied when trying to convince one son to try harder at school or the other son not to throw the video game remote across the room when the Master Chief was in a seemingly no-win-situation. Internally, I would use it as a mantra to get through nearly every challenge, from dealing with a manic-depressive boss (or two) to pushing through that last set at the bench press. But a year without booze? Wow. That was a test of will power, indeed.

But man, were there ever some times when I could have used a nice, stiff drink! Like:

It’s not like I am an *alcoholic. Don’t get me wrong. But I do very much enjoy the liquor. I’m a Cougar (Washington State University alumni) and a journalist. Both titles are synonymous with booze use. And I lived up to the expectation, which made this resolution such a tempting challenge.

Breaking a habit with another one
To be honest, it wasn’t hard. There wasn’t any withdrawal. I just stopped. It’s just a habit. And I’ve found when you want to end a habit, it’s best to replace it with something. So as in previous weight-loss efforts, I replaced it with exercise.

I start off slow at first, as not to injury my aging body. Walking is always my “go to” exercise and that’s where I started. I use a pedometer and an Excel spreadsheet to track my progress to a 10,000 steps-a-day goal. A few times in the past, I tracked everything via spreadsheet, like calories, vitamins, weight loss (or gain), but that can get hard to maintain.

Walking transitioned to weight lifting. First I used the cable-weight home gym in the common room of our apartment building.  In the summer, I joined a local gym along with my son, who wanted to train for his debut football season as a freshman in high school. By the time I hurt my neck at the end of September, I was pretty ripped (for me at least). Work outs were then replaced with physical therapy, but I continued keeping as active as I could.

Besides the physical activity, on January 1, 2014 I also started sipping water. A lot of water. Especially at night, winding down, watching television with the family. This little nugget is the key. Every time I normally would be sipping on an adult beverage I replaced it with water, tea or even a diet soda. This helps since your mind and body is still doing the “12-ounce curl.”

When it’s OK for the tailor to laugh at you
What was the result? I lost a lot of weight. I mean a LOT. How much? I don’t weigh myself so I really don’t know. I do know I made the tailor laugh out loud when I brought a suit in to see if he could make it fit. I managed to keep most of the weight off even when I was side-lined by my neck injury.

I also saved a lot of money. I use a computer program to track the family expenses and it was easy to run a few reports to compare costs. How much? I guess I’m too embarrassed by the number to share, but let’s say the saving was significant. I could buy a few new suits if I wanted to instead of worrying about tailoring the ones I already had.

Back to booze? What do you think
So will I be drinking again January 1, 12:01 AM? I’m not sure I will even be awake. But when the New Year does begin for me I’m pretty sure I will return to sharing a nice glass of wine with my lovely wife over a romantic meal. And also I’m pretty sure there will be a martini or 3 in my future. What I won’t be doing is wondering if I could live without it. I can and did. That’s a checkmark on a bucket list of things I’m working through.

When the calendar is flipped over to the New Year, please join me in raising a glass to 2015. May you be oh so much kinder to my friends, my family and to me!

Note: *Alcoholism is a serious issue. This post is not an attempt to belittle the disease. This post is not an attempt to write a “how to quit alcohol” process. This is my personal experience and what worked for me may not work for others. If you suspect you or someone you know is an alcoholic take a look at Signs and Symptoms, which describes the most common signs of alcohol abuse, according to the National Council on Alcoholism and Drug Dependence.

One thought on “A dry 2014? Worst New Year’s resolution timing ever” 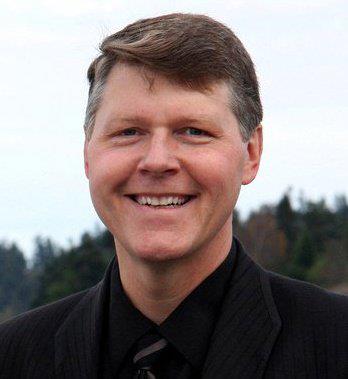